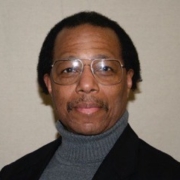 Rich Robeson, a remarkable artist and scholar, was born in Concord, NC and lived in Kannapolis, NC until he attended NC State University.  A student of literature and history, he earned two bachelor’s degrees – one in each field.  As a young adult he devoted himself wholeheartedly to the guitar, developing a unique voice as a player, composer, and arranger.  He studied with Ralph Towner, became an expert jazz, blues, and improvisational musician, and focused on world music. In addition to guitar, he played ukulele, Chapman stick, tabla, mridangam, and other hand drums, ney, shakuhachi, quena, and other traditional flutes, and pipe organ.  He collaborated with classical and traditional musicians from India, Lebanon, Persia, Korea, the UK, Morocco, and many other musical heritages. He was a respected teacher of guitar students of all ages, as well as a renowned dance accompanist.  He authored dance theater works, composed music for plays, orchestrated concerts of improvised and traditional music, and recorded albums of original compositions. He was also an expert on regional blues traditions, as well as a poet with a spare and memorable style.

Music was Robeson’s primary but by no means his only scholarly domain.  In a collaboration with the UNC-Chapel Hill, Duke University, and East Carolina Schools of Medicine, supported by the North Carolina Humanities Council and the National Endowment for the Humanities, he created a program of staged readings, choosing stories from the literary canon that addressed important bioethics issues and questions, adapting them to provoke thoughtful discussion, and presenting them as short readers’ theater pieces, with medical students as readers.  This model became an elective course in which Robeson and his students created original “performable case studies” from research into cases and controversies that drew bioethics attention.  This course was taught at UNC School of Medicine and in Wake Forest University’s Bioethics Graduate Program for many years.  Robeson was a core faculty member of the Bioethics Graduate Program and Adjunct Professor of the Practice-Bioethics in the Department of Communication at Wake Forest University, where he also taught Bioethics Radio. In addition to his teaching, Professor Robeson’s scholarship included articles about the performable case studies model, numerous international and domestic conference presentations on bioethics topics and issues, and a substantial body of literature on sports ethics, addressing the exploitation of athletes and the physical and moral harms of concussions in football.

The oldest son of parents who were among the first in their families to pursue higher education, Robeson grew up in a neighborhood where the Klan periodically intimidated residents, and at a time when students his age were the vanguard of school desegregation. His lifelong experiences and commitment to social justice gave him a deep affinity with people from a wide range of cultures and traditions, and his creative curiosity and openness to learning with and from others informed and enriched his music, his writing, and especially his relationships with students, colleagues and friends.

Attention to the enduring realities of history and devotion to the music of well-crafted narratives came together in all of Robeson’s life and work. A favorite aphorism helps explain how he wove bioethics together with the arts, the humanities, and justice: Music is about everything, and everything is about music.

Gifts in remembrance of Professor Robeson to support programs consonant with his work and interests may be made here.